INTRODUCTION
Soto Outdoors recently introduced their OD-1R Micro-Regulator stove.  Soto created a good deal of buzz when they posted the following video which makes it look as though a regulator valved stove has quite an advantage over a conventional needle valved stove.  The relevant segment starts at 1:03.


What advantages, if any, do regulator valved stoves offer?

This post is Part I of Advantages (?) of Regulator Valved Stoves, an investigation into the advantages, if any, of stoves that have a regulator valve. 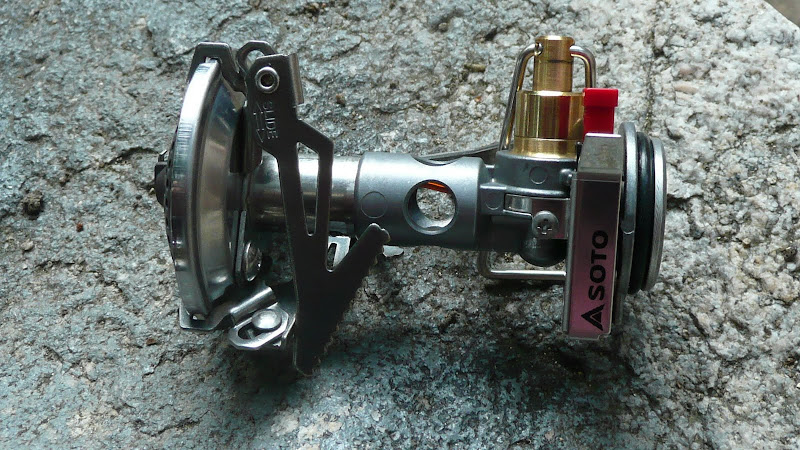 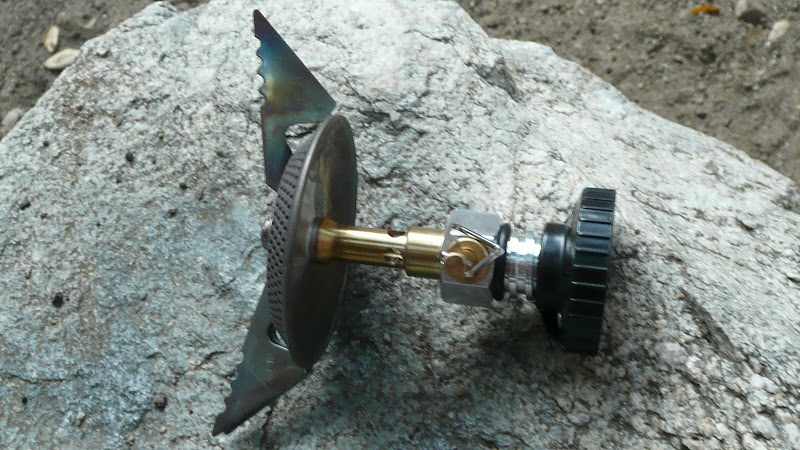 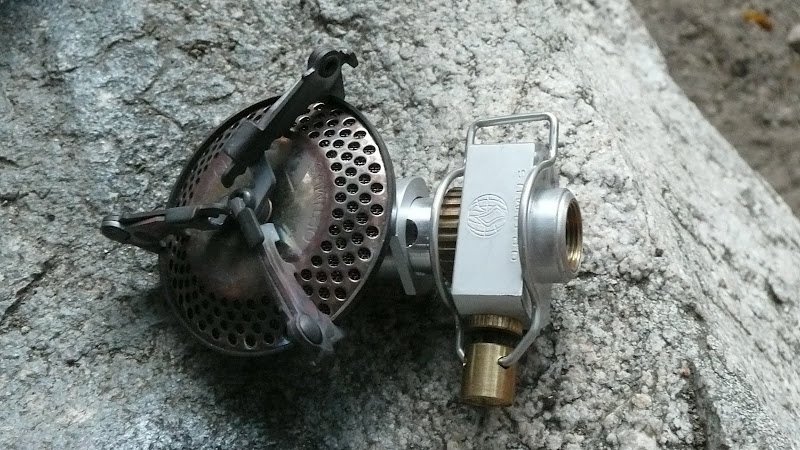 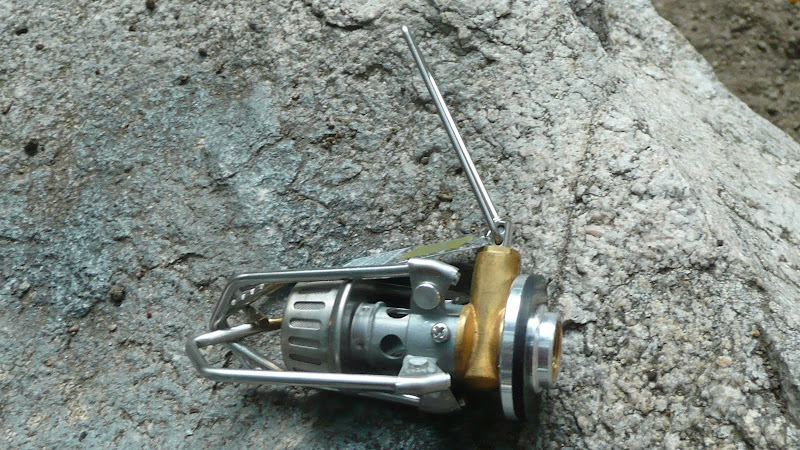 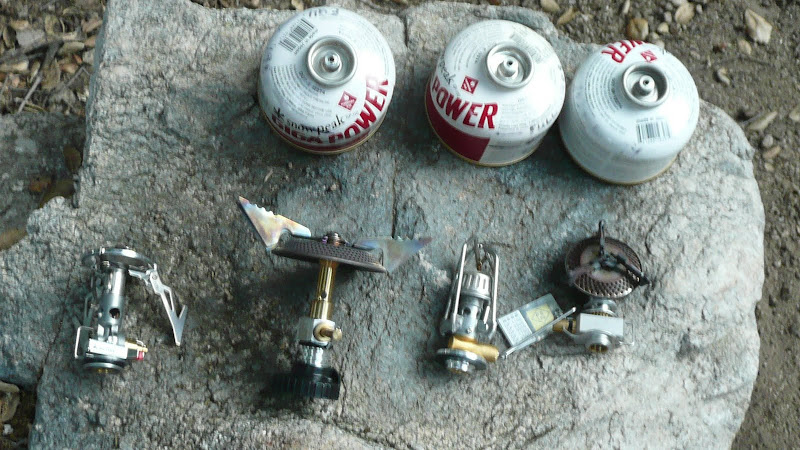 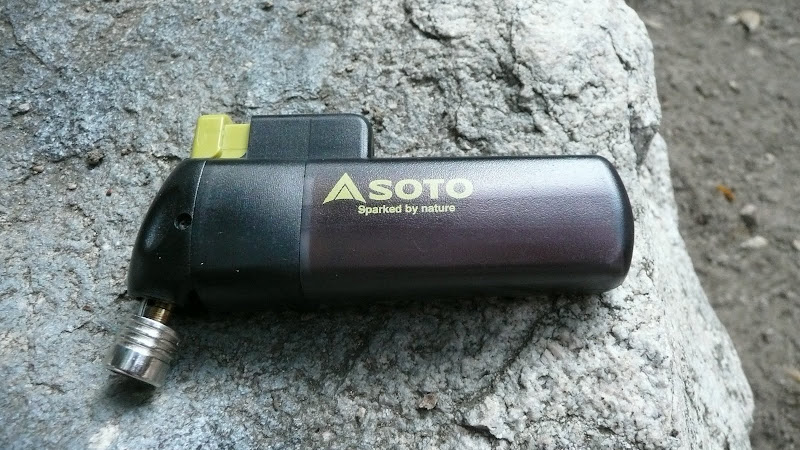 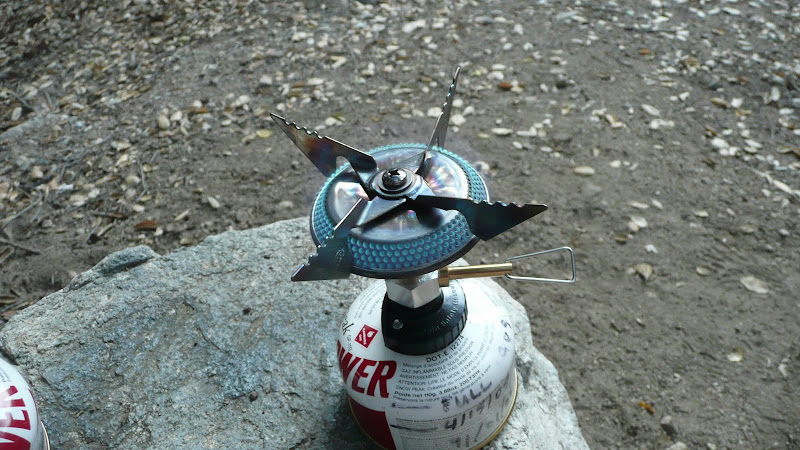 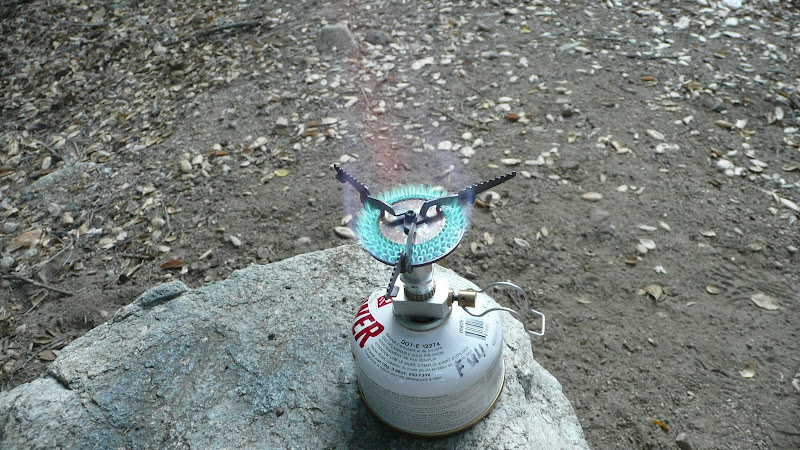 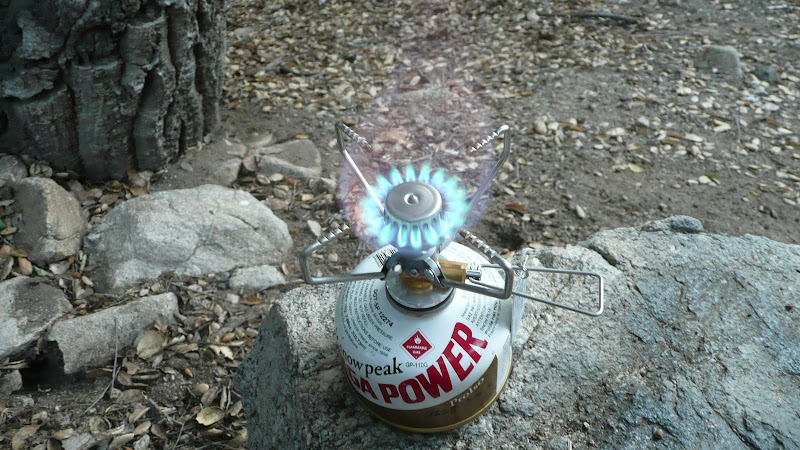 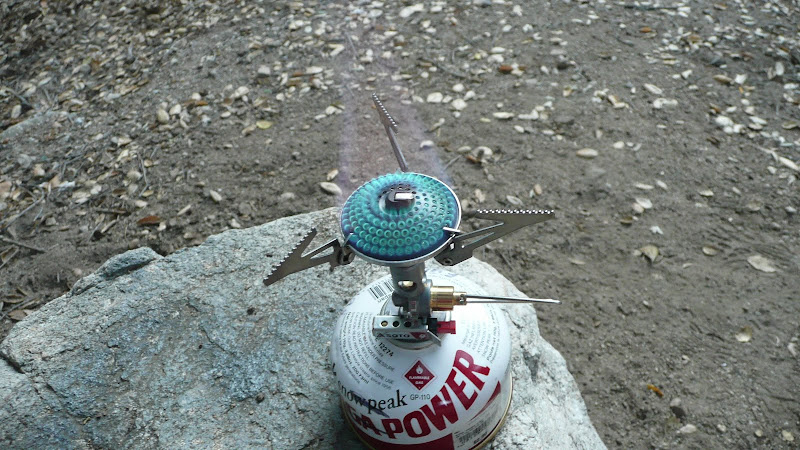 DISCUSSION
Two very nearly empty canisters of gas were used to conduct the experiment.  A third canister containing far more gas was used to verify that each stove used in the experiment was working properly.  All stoves were in fact working normally.  To avoid the chance that the results might be skewed by some unknown, unusual characteristic in one of the needle valved comparison stoves, multiple comparison stoves were used.  A butane torch was used as the ignition source for all stoves whether or not a given stove had a piezoelectric ignition so that ignition failures could not skew the results.  At random, a needle valve stove was chosen and used to exhaust the canister.  When flame out occured, a brief re-ignition was quickly attempted in order to confirm exhaustion of the canister.  If the re-ignition failed, the needle valve stove was swapped out for the regulator valved stove, and an attempt to run the regulator valved stove was made.
I ran two tests.  See TEST RESULTS section above for details.  In both cases, the Soto OD-1R could do no more than a conventional needle valved stove.  An exhausted canister to a needle valved stove was an exhausted canister to a regulator valved stove.  For additional confirmation, after the test with the Soto OD-1R, the remaining needle valve stoves were tried.  No stove was able to operate after intitial exhaustion.  A exhausted canister was an exhausted canister, irrespective of the stove used.  After the test, canister 1 weighed 86g, and canister 2 weighed 86g.

How Much Gas Do I Have Left?

It’s day five of my seven day trip. I still have a couple of days of cooking left to do. If I run out of gas, I’ll be eating uncooked freeze dried meals (yuck!). Can I afford to make my morning coffee? Just how much stinkin’ gas do I have left!? 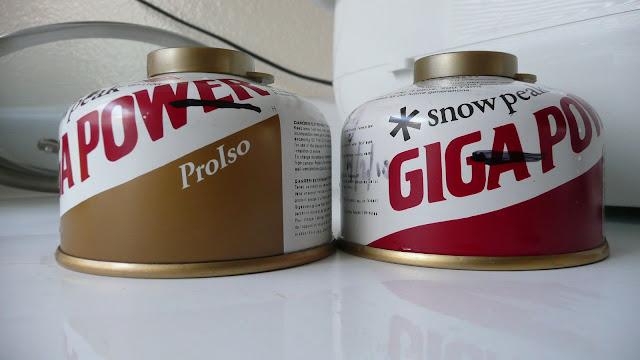 I've got an article in Seattle Backpacker's Magazine on just that very subject.